Men's Rugby Sevens Is Ready for the Challenges Ahead! 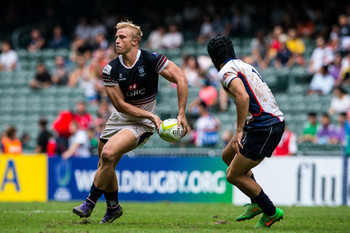 Hong Kong’s Men's Rugby Sevens team is back into full training after the culmination of olympic qualifying campaign at the repecharge tournament in Monaco. This tournament was our last chance to qualify for the Rio Olympics and unfortunately we fell short at the quarter final stage to Samoa, who went on to lose in the final to Spain. This marked the end of our 2-3 year training block to qualify for the Olympic Games, which is a tough blow but I think we have all come very far as individual athletes and as a team. Onwards to 2020 in Tokyo!

The Rio Olympic Games is the first time Rugby Sevens has made an appearance at the Games and was won by a dominant Fiji side. It was great to see the sport being represented at the Olympic Games and gives us all extra motivation to keep going to reach our target.

Recently we have just been on a training camp to Weihai in Shandong province on the east coast of mainland China. It is the first time in a while we have been able to travel with the extended squad including a number of young players who were given a chance to get some game time before the upcoming Asia Rugby Sevens Series tournaments in Hong Kong, South Korea and Sri Lanka. We had three days of matches against China and on top of that had lots of extra gym and running sessions. It was good for us to get some live match practice against some players other than our own teammates. After five days in Eastern China, the team resumed training in Hong Kong at the Hong Kong Sports Institute. As the first tournament comes closer, training is slightly different and more emphasis is placed upon set plays and team work as opposed to skills and conditioning which we hope is up to scratch after the first few weeks of pre-season.

The first leg of the Asia Rugby Sevens Series starts on 2 September at the Hong Kong Football Club. Everyone is looking forward to getting stuck in and playing matches again. Here is hoping for a successful season!